Until recently, climate change had been talked about as a future threat. Its frontlines were portrayed as remote places like the Arctic, where polar bears are running out of sea ice to hunt from. Sea level rise and extreme drought was a problem for the developing world.

But in the past month, it’s been the developed world on the frontline.
In the past four weeks, floods in Germany engulfed streets and swallowed homes that had stood for more than a century in the quiet village of Schuld. A Canadian town of just 250 — known more for its cool, mountain air — burned to the ground in a wildfire that followed unprecedented heat. 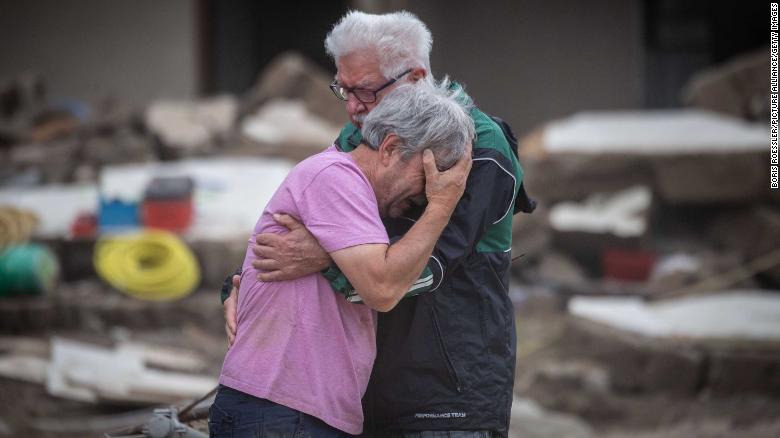 Photos: Deadly flooding in western Europe
Two brothers embrace Monday, July 19, in front of their parents’ home, which was destroyed by flooding in Altenahr, Germany.
And in the western United States, just weeks after a historic heatwave, some 20,000 firefighters and personnel have been deployed to extinguish 80 large fires that have consumed more than 1 million acres (4,047 square kilometers).
Climate scientists have for decades warned that the climate crisis would lead to more extreme weather. They said it would be deadly and it would be more frequent. But many are expressing surprise that heat and rain records are being broken by such large margins.
Since the 1970s, scientists have predicted the extent to which the world would warm fairly accurately. What’s harder for their models to predict — even as computers get more and more powerful — is how intense the impact will be.
Michael E. Mann, the director of the Earth System Science Center at Penn State University, told CNN the past few weeks have showed the limitation of climate change models.
“There is an important factor with many of these events, including the recent ‘heat dome’ event out west, that the climate models don’t capture,” Mann said. “The models are underestimating the magnitude of the impact of climate change on extreme weather events.”
In climate models, Mann explained, day-to-day weather is just noise. It looks a lot like chaos. It’s only the most extreme events that stand out as a clear signal.
“The signal is emerging from the noise more quickly” than models predicted, Mann said. “The [real world] signal is now large enough that we can ‘see’ it in the daily weather,” even though the models didn’t see it coming. 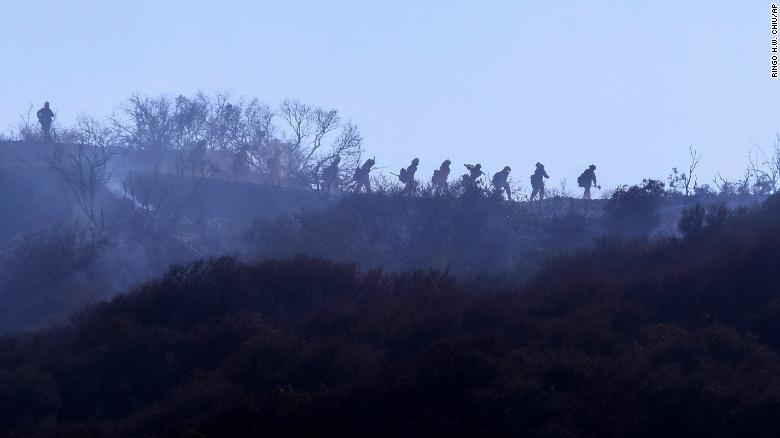 Photos: Wildfires raging in the West
Firefighters walk near a wildfire in Topanga, California, on Monday, July 19.
That means historic events like the flooding in Germany or the wildfire in Canada didn’t register in the predictions. To make that happen, scientists say, we need even more powerful climate models.
Tim Palmer, a research Professor in Climate Physics at the University of Oxford, is one of several scientists who have been calling for a global center for modeling that would house an “exascale” supercomputer — a machine that can process a mind-boggling amount of data.
Scientists and governments in the 1950s established the European Organization for Nuclear Research (CERN), when it became clear that to advance the field of particle physics would require a machine so expensive it was unlikely any single country would develop it.
“As an international organization, CERN has been hugely successful,” Palmer told CNN. “That’s what we need for climate change.”
Scientists use computer simulations of weather events to make projections of how they may change decades into the future. But they can’t zoom in enough — even to a city level — to predict the most extreme events. Despite technology’s progress, computers are still not typically sophisticated enough to operate at such a high resolution.
Palmer said climate models must get there.
“If worldwide we’re spending trillions of dollars adapting to climate change, we’ve got to know exactly what we’re adapting to,” Palmer said, “whether it’s floods, droughts, storms or sea level rise.”

While the recent extreme weather events in the Northern Hemisphere took many by surprise, they were “not completely unexpected,” said Richard Allan, a professor of climate science at the University of Reading. “This is what the science has always been pointing towards,” he said.
But he agrees that better computers would be useful in making more detailed and refined projections.
“It’s also difficult to assess how weather patterns will shift and alter in the future, including whether westerly flow over Europe will be more commonly blocked, causing thunderstorms to stall over one place, such has been the case over Europe in July 2021, or more lengthy and sustained heatwaves such as over western North America,” said Allan.
Even without this granular modeling, climate activists — and, increasingly, communities affected by extreme weather events — are calling for more action on climate change. German Chancelor Angela Merkel said over the weekend that, “We have to hurry, we have to get faster in the fight against climate change.”
Several developed countries, including the US, have this year significantly increased their commitments to reduce greenhouse gas emissions. The European Union last week unveiled an ambitious plan to put climate at the center of just about every development and economic initiative it has. 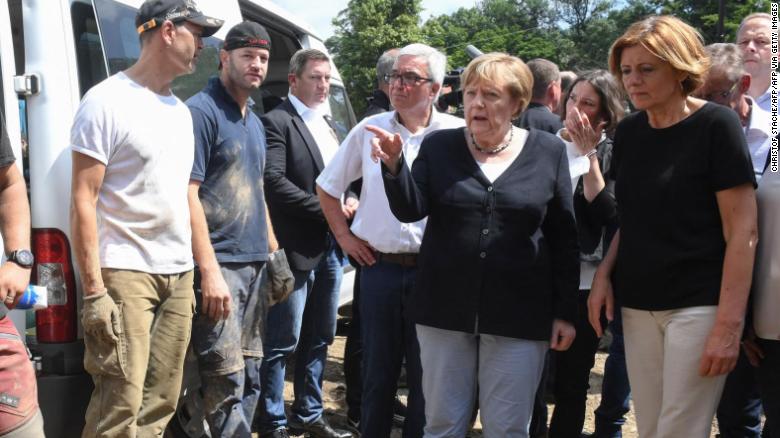 German Chancellor Angela Merkel, second right, and Rhineland-Palatinate State Premier Malu Dreyer, right, talk to residents during their visit to Schuld on July 18 after the flood hit.
Yet many activists say that their pledges still fall short of the action needed to contain average global temperatures to 1.5 degrees Celsius, which the International Panel for Climate Change says is necessary to avoid even more catastrophic impacts of climate change. They also criticize governments that make ambitious pledges while continuing to approve new fossil fuel projects, including coal mines, and oil and gas facilities.
Merritt Turetsky, director at the Institute of Arctic and Alpine Research, is hoping that these weather events in the developed world will galvanize that kind of action. She is herself challenging her own perceptions of where climate change frontlines are and who is vulnerable.
“Maybe this is a necessary evil,” Turetsky said. “We used to think of frontlines as island nations because of sea level rises, or the Arctic.”
“We know there is a cognitive dissonance when climate change is impacting people so far away from you and everything you know. We tend to put it on a shelf, because it’s one thing to see ‘this is what they say,’ but it’s another thing to feel it. We’re at a point where everyone on the planet now has felt the impacts of climate change itself, or at least someone they love or know has. It’s circling in closer and closer.”
That’s certainly the feeling among residents in Germany’s Schuld.
“When you look at what’s happening in Canada, where they had temperatures of 50 degrees, and what’s going on all over the world, it is clear this is the result of climate change,” Niklas Pieters told CNN, as he helped his parents clear the debris from their ravaged home in Schuld on Monday.
“I don’t want to have to get used to this.”